Summer has gone out with a splendid spurt of genuinely hot weather—well, not exactly Arizona hot but… we did try to swim every day we could, despite the shiver of ocean and lake this year.  The grand finale for me was a fine day with friends over on Texada, an island easily reached from Powell River by a 35 min. ferry.  Our prayer walk was commenced and terminated with swims.  First in the prime swimming hole… 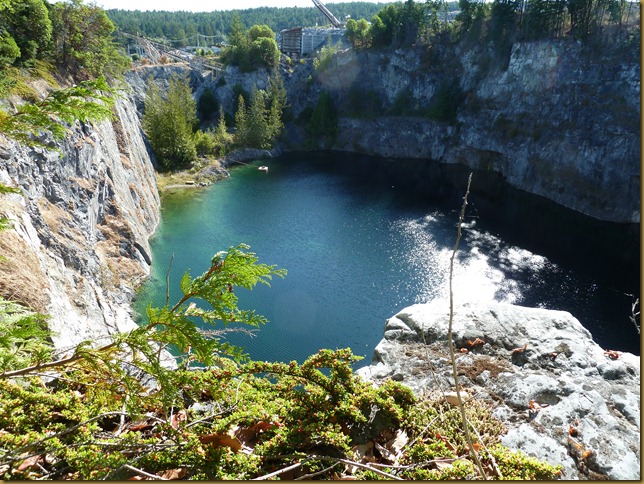 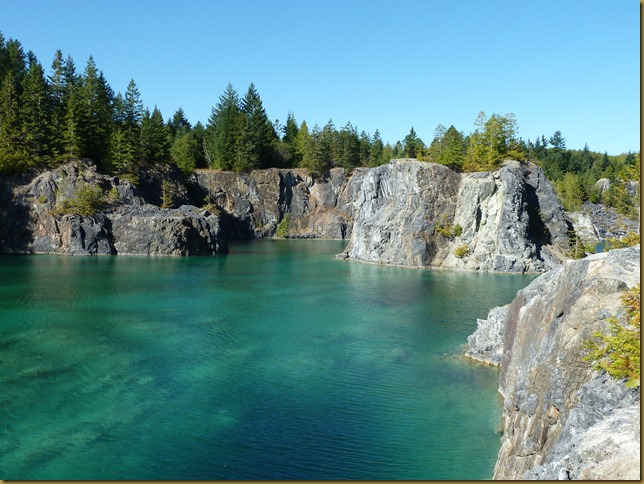 Ahh… that’s better…easy in, easy out and wonderful swimming in between.  Being before noon, we had the place to ourselves for a leisurely swim… 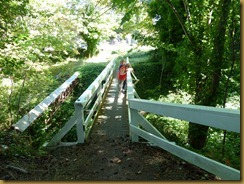 …followed by a prayerful meander through ‘town’, committing this island and its occupants to God as best we knew how.
Our day concluded with a gourmet luncheon prepared by a local summer resident (Thanks Naomi!!!) and a brave plunge in the ocean just to say we’d done it.  BRRR and shiver!
That was on the weekend.  This morning I woke to the sound of gentle rain, the swish of a car on the wet road, the silver-gray of fall begun…
By afternoon the sky had brightened and I made an exercise ‘run’ (not) up Scout. 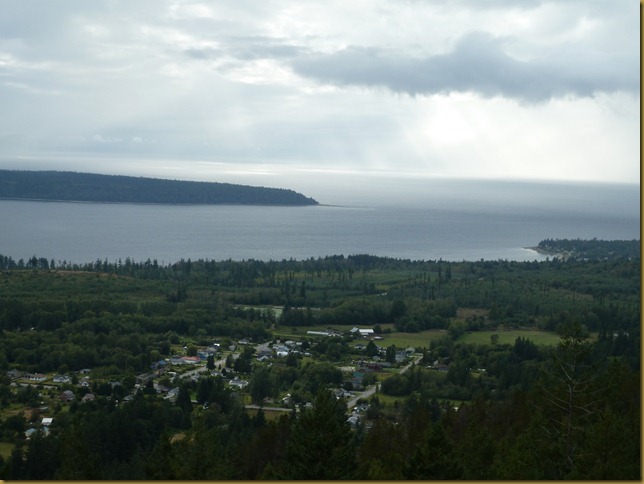 Making it up the face in 15 panting minutes, breathless, and ready for a picture-taking break! 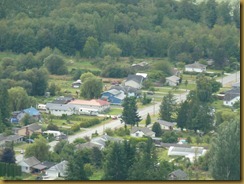 (See the big blue house by the one with the red roof?  That’s us, with fresh blue paint) 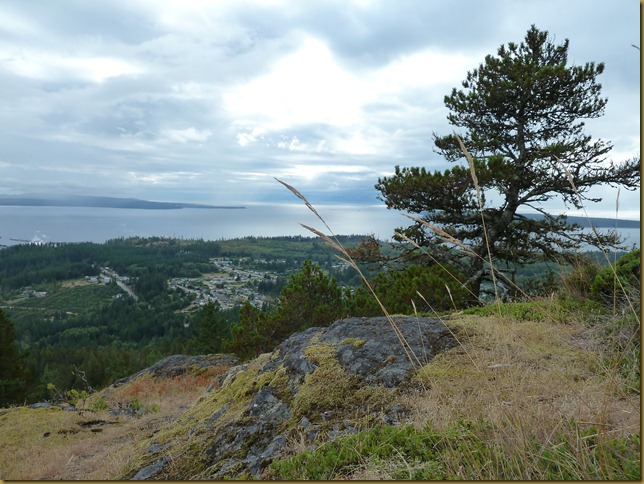 The rains are definitely coming… 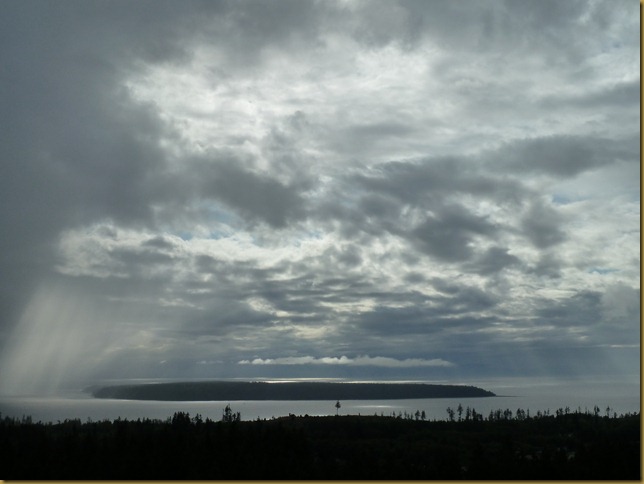 The silver cloud cover seems to mute all sound. A damp cool silence has replaced summer’s buzz…As I descend, a lone raven calls across the treetops.  Another echoes back with an uncanny voice only a raven could muster… Bear droppings further down the mountain are filled with Blackberry seeds. It’s been a bumper crop year!
It’s no longer silent. I’ve roused a squirrel in passing and his high-strung chitter of warning refuses to be silenced.
Summer’s passing is a bittersweet thing.  For the plant kingdom fall is their crowning event.  They’ve fulfilled the season’s mission—to grow and bloom and multiply themselves. 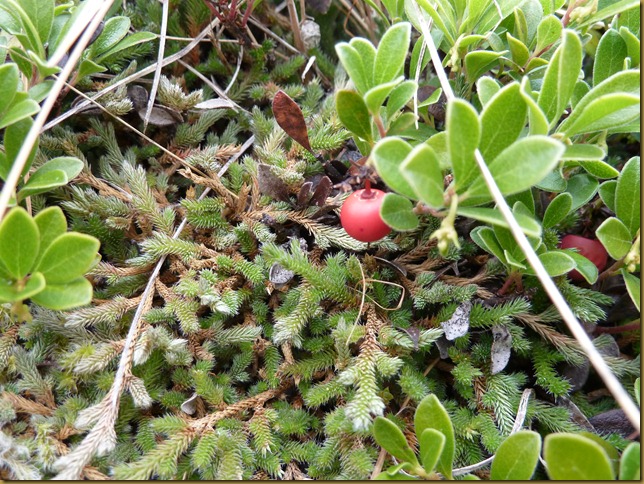 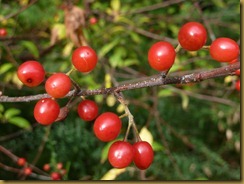 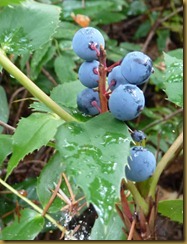 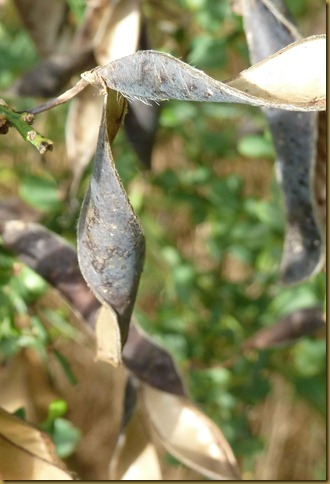 May we be so carefree—glad of a season’s fruitfulness.
Full of the memories,
–LS 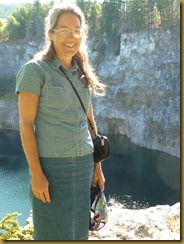 3 thoughts on “Farewell to Summer”