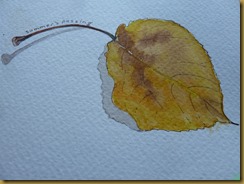 I’ve been collecting a leaf a day all month, to capture the essence of September on paper. Though most of the fall color here is shades of gold, there is plenty of variation when you stoop to see closely! 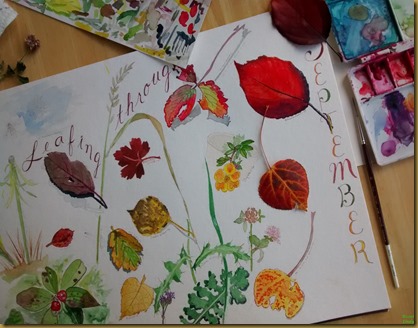 We had ourselves an easy hike in Banff this week, skirting Tunnel Mountain… 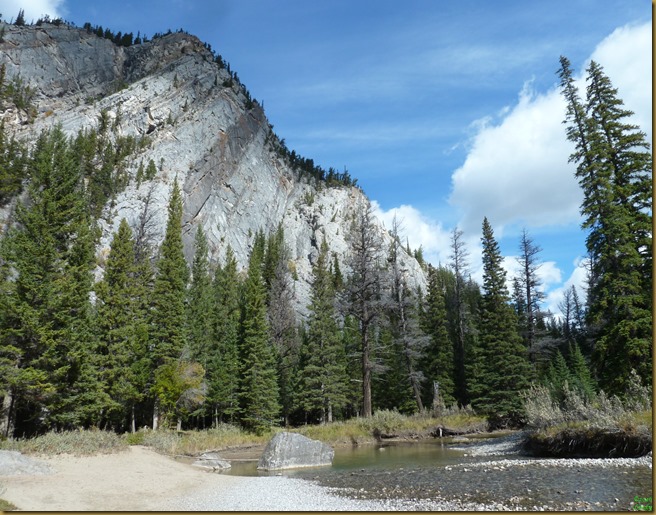 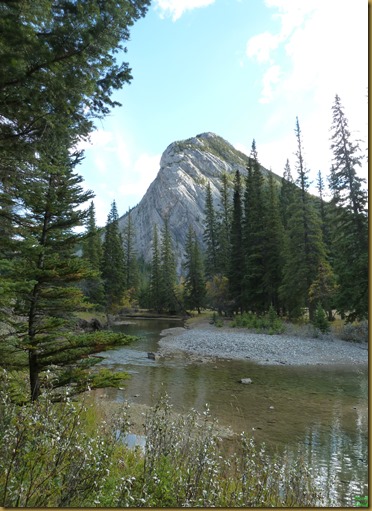 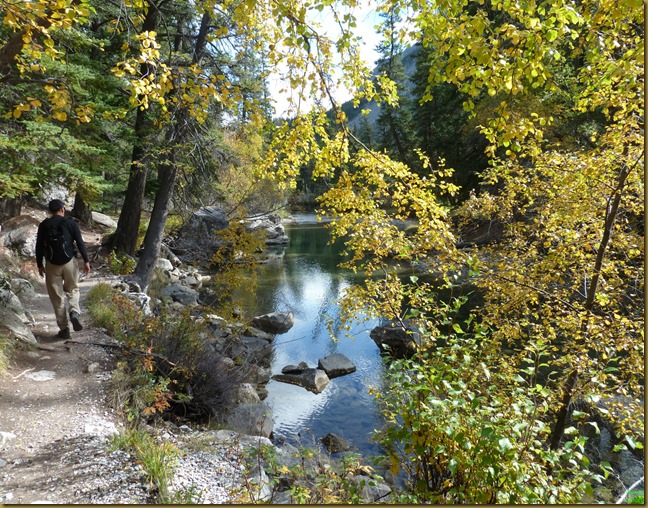 It was just the kind of hike that makes me feel so alive!! 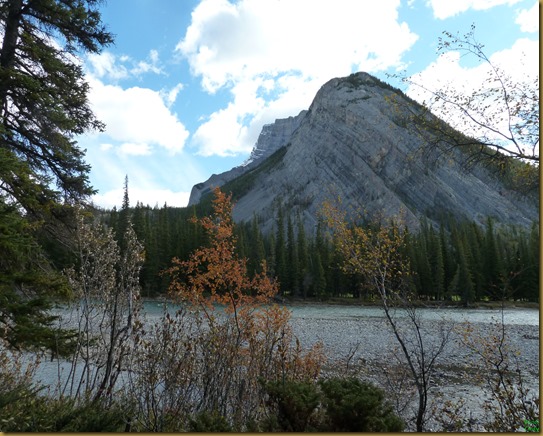 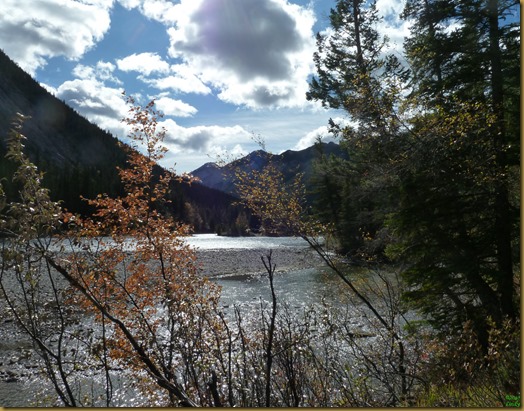 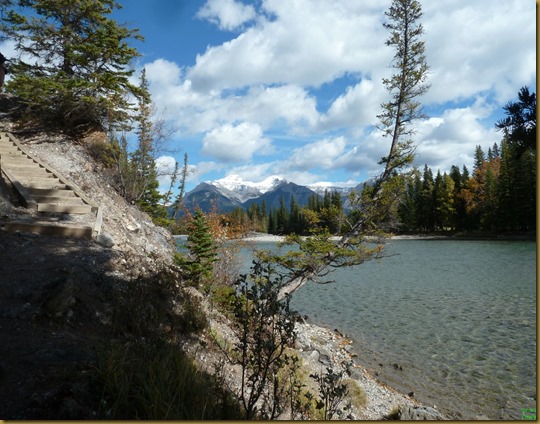 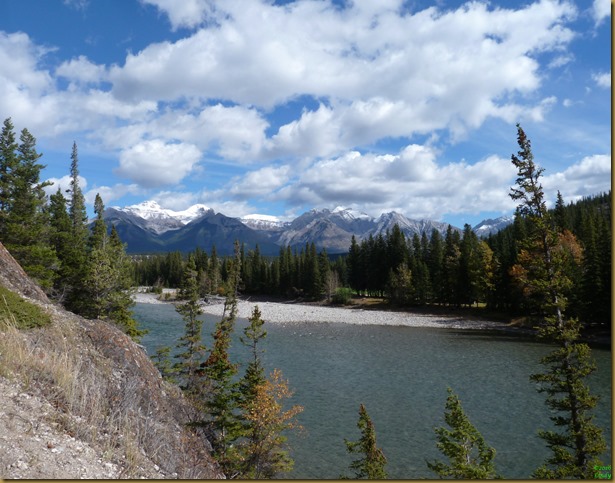 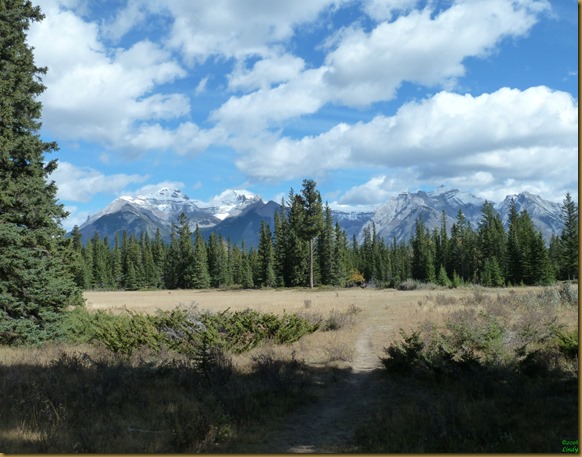 Our destination was this little group of hoodoos… 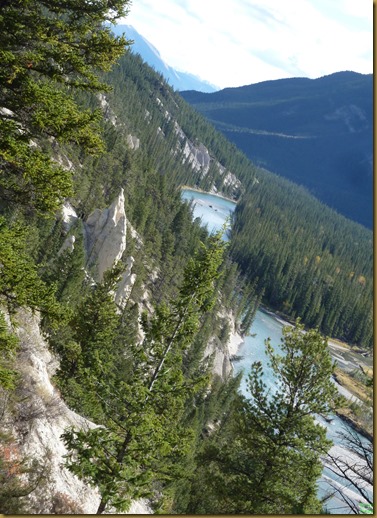 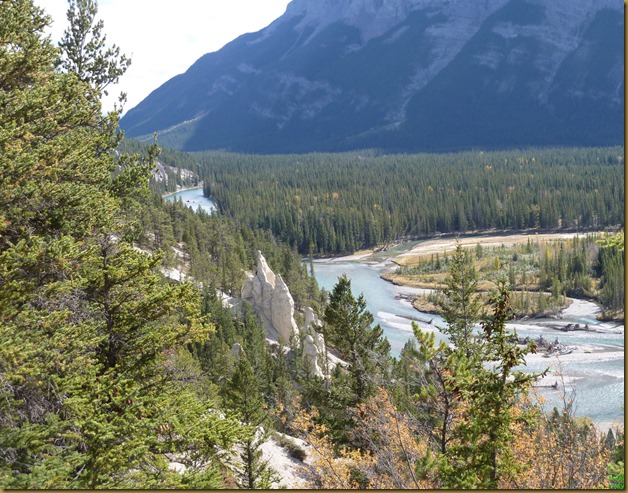 which seemed rather lack luster to us, having seen Bryce Canyon in Arizona… 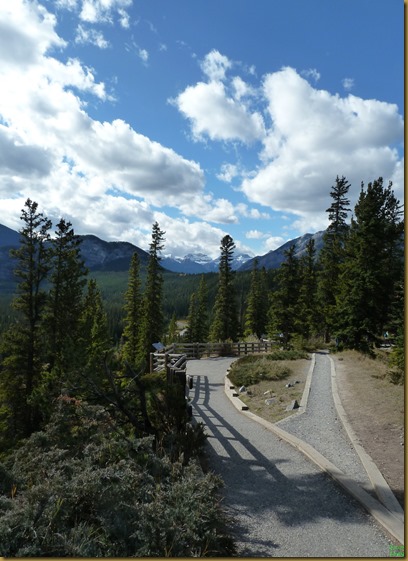 But that’s ok—the process of getting there was a treat (mostly).

A burning bush along the way: 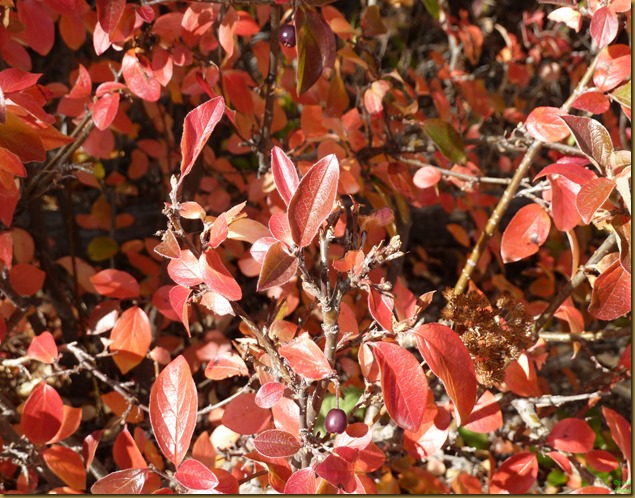 I attended a watercolor workshop earlier that day in Banff.  This mountain was our subject.
A guest First Nations man told tales while we tried to capture the picture on paper… 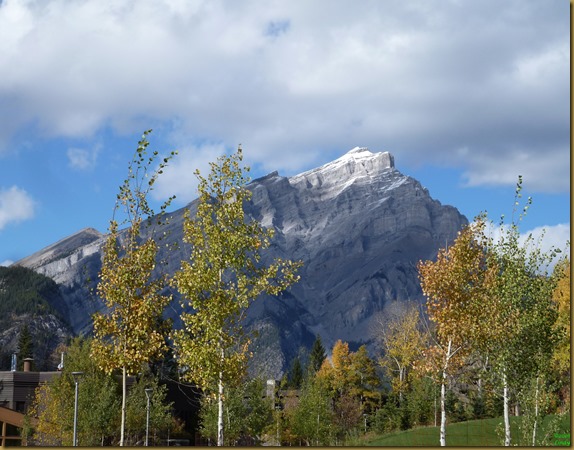 He said there’s power in the mountains and some Indians, including himself,  aren’t strong enough to stand living here.  (He lives on the prairies.)  He alluded to a creator that noone really knows much about, except that he’s given us all this and there’s no way we can repay him/her.  So they revere the creation and have ceremonies acknowledging their indebtedness.  Meanwhile myths and superstitions have filled the void of not-knowing and many are the stories that are told, attributing god-like power to creatures and denying the Creator…

And I thought, how sad—to recognize the grandeur but miss the identity of the Creator  ‘for his invisible attributes, namely his eternal power and divine nature, have been clearly perceived, ever since the creation of the world, in the things that have been made.’

And my thought is that if there’s perceptible power in these mountains it is just this—they speak of God’s power and majesty!  They are a constant reminder of  His nearness to His people.

As the mountains surround Jerusalem, So the LORD surrounds His people
from this time forth and forever. Ps.125:2 NKJV

Meanwhile back home the skies and the meadows and the golden splashes of autumn continue to inspire praise! 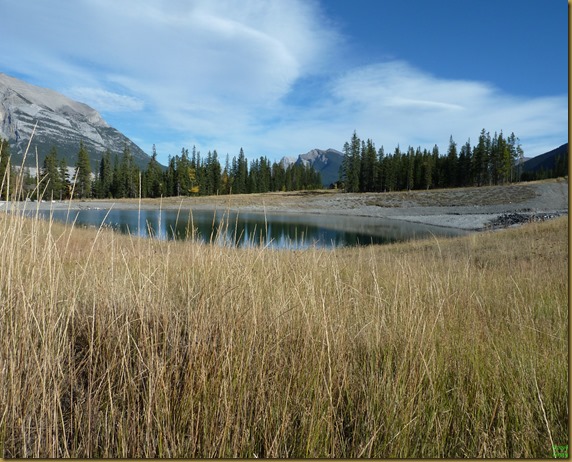 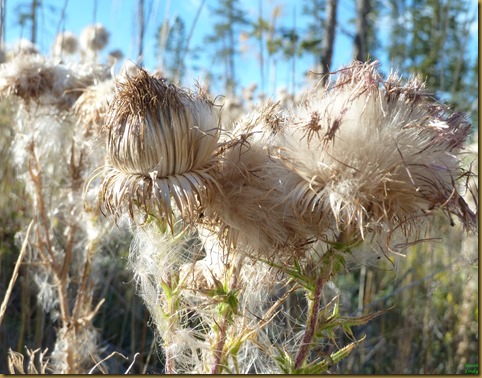 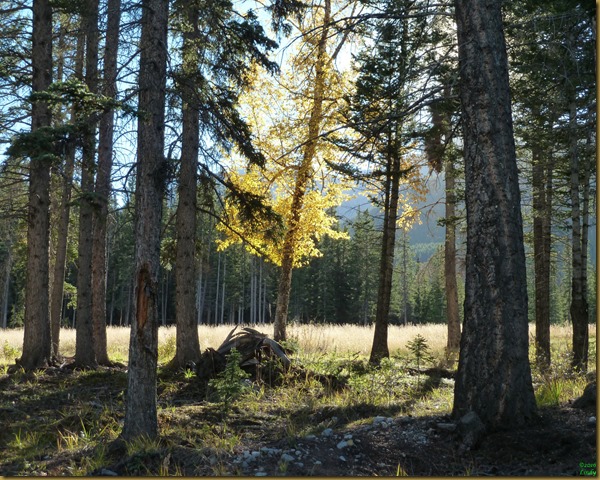 The one who is the true light, who gives light to everyone, was coming into the world.  He came into the very world he created, but the world didn’t recognize him.Jn.1:9,10 NLT

But thanks be to God—

For God, who said, “Let light shine out of darkness,” has shone in our hearts to give the light of the knowledge of the glory of God in the face of Jesus Christ. II Cor.4:6